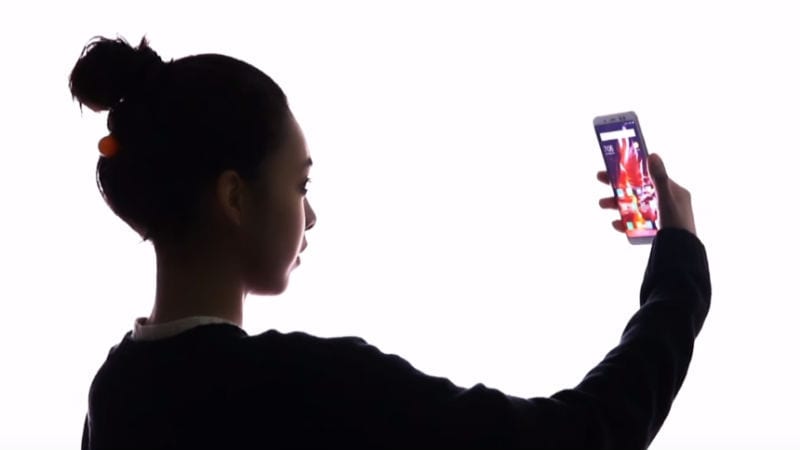 In today’s era, smartphone maker companies are attracting customers with the help of new specifications and features. Along with the 18: 9 display, artificial intelligence, the feature that is trending is ‘Face Unlock’. Actually, Face Unlock is seen as an alternative to the fingerprint sensor. Many companies promote it as a premium feature. Following the path of companies like Apple and Samsung, many companies including Oppo, LG, Honor have made Face Unlock feature a part of their handsets. Counterpoint’s report says that by the year 2020, more than 1 billion smartphones will be equipped with the Face Unlock feature.

As this technology became old, it benefited the common Indian customers. The feature which was earlier a part of premium or expensive smartphones, now it has become a part of the price range of Rs 10 to 15 thousand. Today, a large range of smartphones equipped with Face Unlock feature are available in the market. If you have a budget and pay attention to the Face Unlock feature, then we are telling about those selected budget smartphones, which have the feature of ‘Face Unlock’:

Coming with 13 megapixel front and rear cameras samsung galaxy on max Has face unlock feature. Let us know that this phone is currently available for sale on the e-commerce site Flipkart for Rs 12,900. ,Read these smartphones are getting cheap in Samsung Carnival Sale) Samsung Galaxy On Max has a 5.7-inch full-HD display. It has 1.69 GHz octa-core MediaTek processor. To make multitasking easier, the company has given 4 GB RAM. Inbuilt storage is 32 GB and if needed, microSD card up to 256 GB can be used. This is a dual sim 4G VoLTE phone running Android 7.0 Nougat.

Now let’s talk about the most important feature of Samsung Galaxy On Max. It has a 13-megapixel rear camera with F/1.7 aperture. On its front panel, only a 13-megapixel sensor with F / 1.9 aperture has been given. The battery is of 3300 mAh. It has been informed that the dimensions of Galaxy On Max are 156.7 X 78.8 X 8.1 millimeters and weighing 178 grams. Apart from 4G VoLTE, the phone has Wi-Fi, Bluetooth, a 3.5mm audio jack and a Micro-USB port.

LG Q6 The key feature of it also includes facial recognition. The company has been claiming about this that due to this most secure face recognition feature, the phone can be unlocked faster and easier. Like the company’s flagship G series, the Q series also comes with many premium features, but it is economical. The company has given FullVision display in the smartphone. The company first gave this display in this phone and it has a ratio of 18: 9.

In terms of specifications, the LG Q6 sports a 5.5-inch FullVision display with 1080×2160 pixels resolution. The smartphone has Snapdragon 435 processor. This LG phone has a 13 megapixel rear camera. On the front, the smartphone packs a 5-megapixel camera with a wide-angle lens. It is also possible to expand the storage up to 32GB via microSD card (up to 2TB).

Talking about the camera, Oppo A83 has a 13-megapixel rear camera with LED flash. The phone has an 8 megapixel front camera. The smartphone comes with dual sim support. The front camera of the handset supports AI Beauty technology, through which it will also work as a face unlock feature. The company claims that the Face Unlock feature will unlock the phone in 0.18 seconds.

Honor 7X The first thing that I will draw your attention to is its large size and the Face Unlock feature provided through the OTA update. Huawei has given a 5.93 inch FullHD + (1080×2160 pixels) curved display in the phone which comes with 18: 9 aspect ratio and very thin bezels. The phone is made of unibody metal.

Honor 7X with dual sim support runs on Android 7.0 Nougat based EMUI 5.1. It has an octa-core HiSilicon Kirin 659 processor. It has 4 GB RAM and 3340 mAh battery. The company has given fingerprint scanner on the rear. Honor 7X has 16 megapixels and 2 megapixel rear sensors. There is an 8-megapixel front sensor for selfie and video chat. Honor 7X will be available in three storage variants of 32 GB, 64 GB and 128 GB. According to the listing, the storage of these three variants can be increased up to 128 GB via microSD card. The phone comes with a hybrid dual sim slot.

For connectivity, features like 4G VoLTE, Wi-Fi 802.11 b / g / n, Bluetooth 4.1 LE and GPS and GLONASS have been provided in Honor 7X. Talking about the sensor, a fingerprint sensor and proximity sensor have been given on the rear of the phone. The dimensions of the smartphone are 156.5×75.3×7.6mm and weighing 165 grams.

of Huawei brand Honor 9 Lite In the smartphone too, the company had released an OTA update of the Face Unlock feature like 7X. Since February, users have been taking advantage of the feature of unlocking the phone by showing a face in the Honor 9 Lite handset. Honor 9 Lite with Dual SIM runs on Honor 9 Lite based on Android 8.0 Oreo. The phone has a 5.65 inch Full HD + (1080×2160 pixels) IPS display. The aspect ratio of the screen is 18: 9 and pixel density is 428 ppi. Huawei HiSilicon Kirin 659 processor has been given in the phone. The phone is available in 3 GB RAM and 4 GB RAM options. Honor 9 Lite is available in 32 GB or 64 GB storage option, which can be expanded up to 256 GB via microSD card.

Talking about the camera in the phone, the phone has a 13-megapixel primary sensor and a 2-megapixel secondary sensor on the rear. The rear camera supports PDAF. The same camera setup is also on the front. In the camera you will also find modes like 3D Beauty, Bokeh Effect, Panorama. The phone supports hybrid dual sim. The handset runs on Android 8.0 Oreo based EMUI 8.0.

3000 mAh battery will work to power the Honor 9 Lite. Which is claimed to provide up to 24 days of standby time and up to 20 hours of talk time on 3G network. Apart from this, the company says that the phone will get up to 13 hours of video playback, up to 86 hours of music playback and about 9 hours of access time on 4G internet usage. Talking about connectivity, features like 4G VoLTE, Wi-Fi 802.11 b/g/n, Bluetooth, GPS, A-GPS, 3.5mm audio jack and Micro USB with OTG have been provided in Honor 9 Lite. Accelerometer, light sensor and magnetometer, proximity sensor have been given in the phone. The dimensions of the phone are 151×71.9×7.6mm and weighing 149 grams.

…so these were some of the major smartphones equipped with Face Unlock feature. On the other hand, if you want to go for a low budget and don’t care as much about the ‘brand’, then there is a market in the market. Infinix Hot S3, Itel S42, Lava Z91 And iVoomi i1s There are such options as well. Through which you can enjoy the Face Unlock feature.