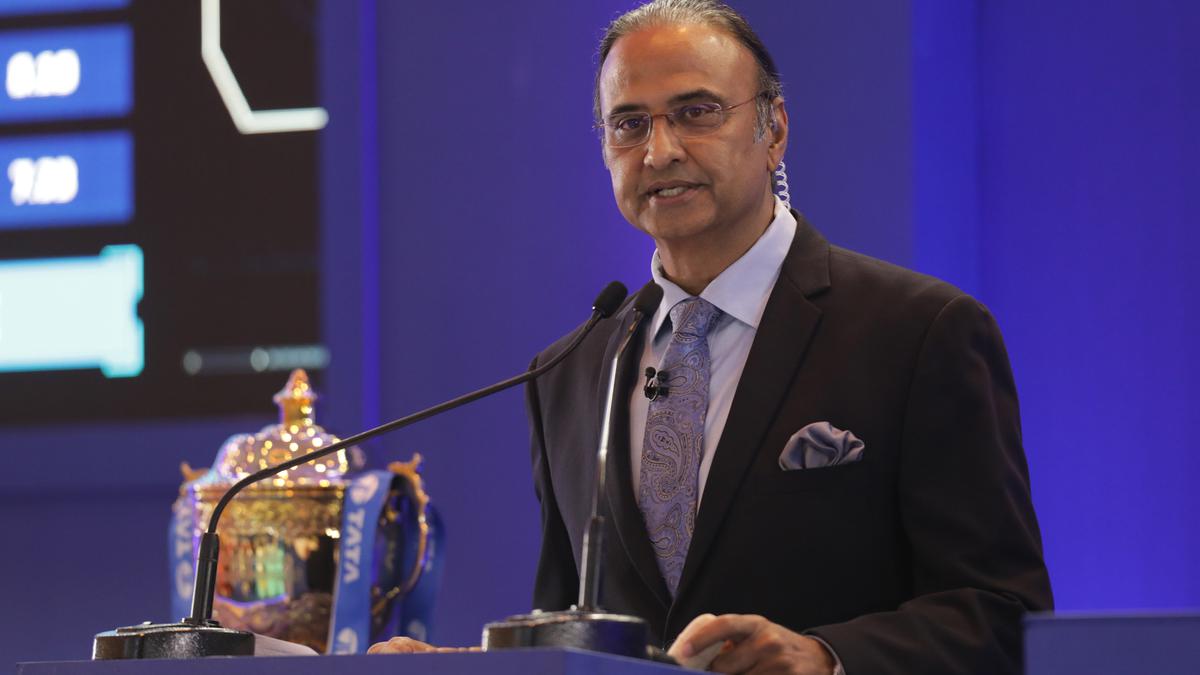 Charu Sharma was having lunch at home in Bengaluru on Saturday afternoon when his old friend Brijesh Patel – now the chairman of the IPL Governing Council – called him.

As Charu answered the call, Patel asked in a hurry – “where are you?” On hearing that he was at home, which is just a few kilometres away from the ITC Gardenia Hotel in Bengaluru, Patel asked Charu to quickly get ready and reach the hotel because the IPL auctioneer Hugh Edmeades was ‘not feeling well…’


IPL auction: Charu Sharma to continue as auctioneer for Day 2 of bidding

With guests at home, Charu did not even watch the auction on television and did not have an idea that Edmeades, the auctioneer of the IPL, had a fall mid-way into the proceedings.

“I don’t live too far from the hotel. So Brijesh called me and said, ‘just put on some clothes and run’… I was there in just 15-20 minutes. They briefed me for a bit and then we were on,” Charu told Sporstar a few hours after the first day’s auction got over.

He is yet to know from the BCCI whether he will have to take over the second day’s proceedings as well. “They said they will call me soon and let me know. I am waiting for their call to know whether I need to be there today…”

A noted television commentator, a popular auctioneer at the local sporting events in Bengaluru, it was certainly not a walk into the unknown for Charu. “I am also a regular auctioneer and have held a lot of auctions for several other leagues, except for the IPL. I was only doing what I did in the past..”

While everything happened very quickly, Charu admits that once he was briefed about the role, there was no complication. “I don’t think there were too many complications in the system that were set for the auction. The auction itself has a pattern, and the rest is all structured. Once you have a structure in place, it is not very complicated. But yes, still one expects certain butterflies in the stomach, but given the fact that I have done commentary stint for the past 40 years if I still have butterflies in my stomach, then when will they ever go away?” he said with a smile.

Walking into the ball game, Charu came across a lot of old friends from the cricket circuit. “I still feel that I am a commentator, but I have not worked with high-level cricket for a while now. I have done a lot of work for old friends at Star and Sony and my number has not changed…” Charu said.

“I still do a fair amount of cricket and other leagues. I am 62 and if the phone rings, I still work. If it doesn’t ring, then I play golf, tennis, and stay at home. Even at times, friends tell me, ‘Hey Charu, we miss you in cricket.’ I joke and say, ‘even I miss myself.’ But that being said, I have done a lot of leagues and other assignments, the recent being the Tata Open Maharashtra.”

A lazy Saturday with family and friends suddenly turned busy for Charu, but he was happy to be back on the stage. “Brijesh is an old friend, so when he called, I had to go. And as a professional, I have done it before. When everything is ready, there is no problem…”