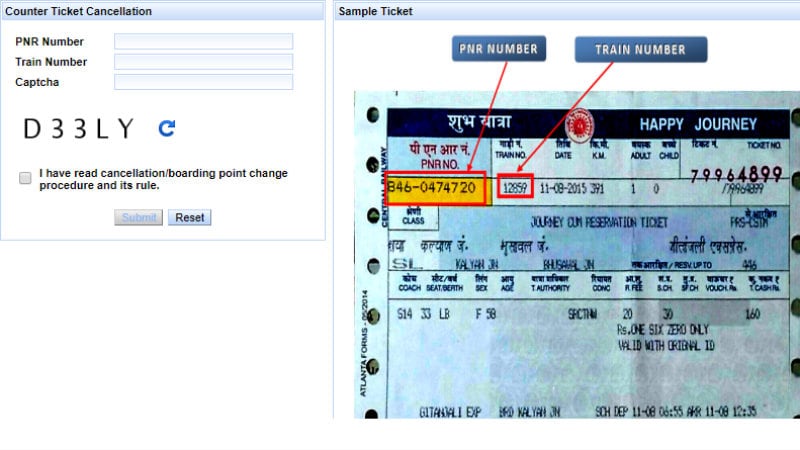 Buying tickets from the railway counter is no less than climbing a mountain. The situation becomes even worse if a situation arises for canceling a difficult-to-buy ticket. For this you have to approach the station and have to face the confusion of the line. Now it won’t be a problem. Did you know that you can now cancel the ticket you bought from the railway counter right from your smartphone.

On the other hand, after changing the ‘Avatar’ of the IRCTC website, many new facilities have been given to the passengers. Now you can check train availability from the home page itself. For this, you no longer have to login as before. Also, the waitlist prediction feature has been introduced with the new website for the common user. With the help of this feature, users can check about the probability of confirmation of waitlisted and RAC tickets. If you are going to book a ticket and seat is not available in the train then you can click on CNF Probability to know what is the probability that the seat will be confirmed.

log in
The user who has booked the ticket from the railway ticket counter, and for some reason they want to cancel their ticket, then first of all they have to do this. Link Click on https://www.operations.irctc.co.in/ctcan/SystemTktCanLogin.jsf Here the user has to enter his PNR No., Train Number with Captcha. After entering everything tick it and tap the submit button.

OTP will come on mobile
After submission, the OTP will be sent to the user’s phone number which has been registered at the time of booking at the counter. Enter the OTP received on this number and tap on submit.

cancellation ticket option
After entering the OTP received on your registered number, the PNR details will appear on the user’s screen. After taking a look at it, tap on the option of Cancel Ticket. In this way the ticket cancellation process will be almost completed.

details will be received
Once the ticket is cancelled, the user will get an SMS on the registered number. This SMS will give you the details related to cancellation and refund. But keep in mind, it will be possible to cancel the confirmed ticket 4 hours before the travel time and the waiting ticket up to 30 minutes before the journey.

How to get refund?
Now the most important thing. You have canceled but what is the refund rule? Actually, according to the rules, you will get the refund money from the nearest railway station, but for that it will be mandatory to carry the original ticket with you.