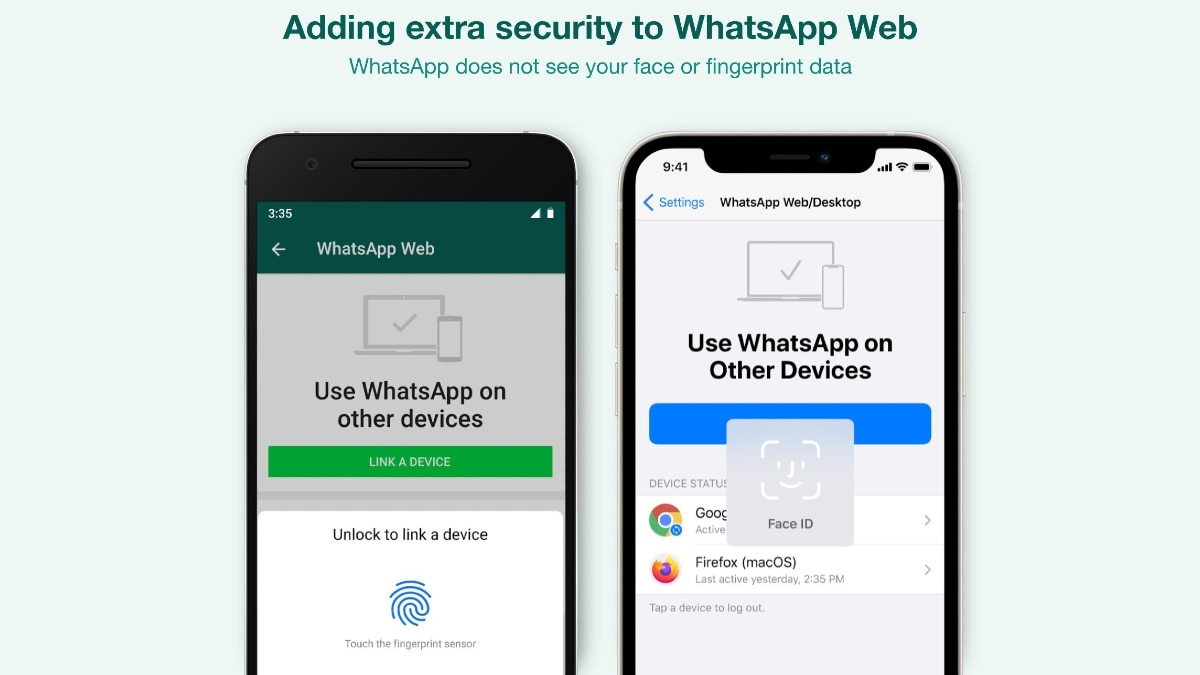 WhatsApp has added another security layer for logging in and linking apps across WhatsApp web and desktop. After this new change, now before adding a WhatsApp account to the computer, you will be asked for fingerprint or face ID. After adding this new security layer, no one will be able to link your WhatsApp account on the computer in your absence. WhatsApp says that the face and fingerprint authentication process takes place on the user’s mobile phone and WhatsApp cannot access the biometric information stored in the handset’s operating system.

The company has announced that the purpose of adding an extra security layer to the mobile app is to prevent the misuse of WhatsApp on desktop. Users will be asked to use Face ID or fingerprint unlock on their phones before linking WhatsApp accounts in the WhatsApp web or desktop app. As soon as Done is clicked, users will be able to access the QR code from their phone, which will complete the process of linking their WhatsApp account on the desktop and on the computer.

The app states that it does not store biometric information, and design wise, it cannot access those details even from the phone’s operating system. WhatsApp says that the new security layer will be rolled out in the coming weeks. A visual redesign will also be introduced on the WhatsApp web page on the phone in the coming weeks.

It is worth noting that WhatsApp has been in the news these days due to its new privacy policy, in which the app is forcing users to accept new terms. Those who do not accept the new policy of WhatsApp, they will not be able to use WhatsApp after February 8. There is a lot of outrage among people due to this new decision of WhatsApp, due to which people have started adopting other messaging platforms like Signal and Telegram.