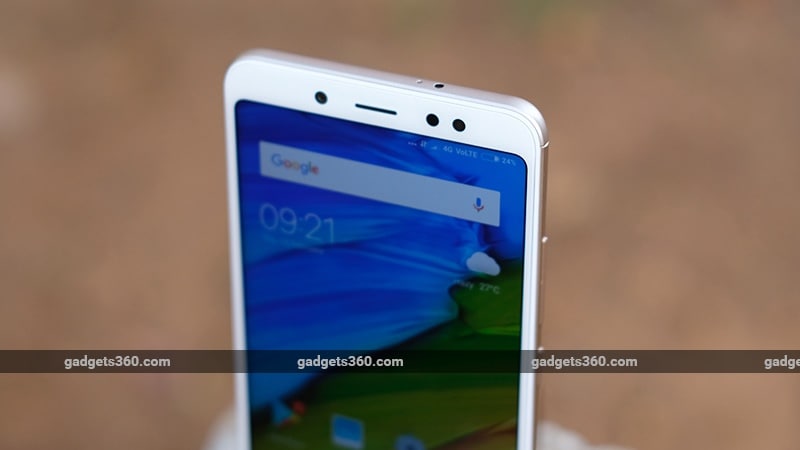 Talking about midrange smartphones, or smartphones under Rs 20,000, in today’s date you do not have to compromise. Camera, performance, build quality and design, these phones are strong in every aspect. For your convenience, we have compiled a list of some phones that may not compare with the flagship handsets of Samsung and Apple, but they do pose a challenge.

We have smartphones in the range of Rs 13,000 to Rs 19,999 on our list. There is a good balance between performance, battery life and build quality. As always, we have included only those handsets in this list that have been reviewed by Gadgets 360.

One of the two Fullview displays included in this list is Redmi Note 5 Pro, Due to the strong specification and metal design, this handset makes a different identity for itself. Features like face unlock feature, dual camera setup, good build quality and bright and vivid display are bonuses. Due to these reasons, it is one of the best smartphones to get under Rs 20,000 to date.
Despite the lack of a USB Type-C port and some unwanted apps due to the MIUI, the Xiaomi Redmi Note 5 Pro’s claim does not weaken. In the Indian market, 4 GB RAM variant is Rs 13,999 and 6 GB RAM variant is available for Rs 16,999. Both the variants come with 64GB of storage and support for microSD card.

Moto G5 Plus Special Edition Moto G5S Plus Comes with many features. The stock Android experience, great build quality, capable cameras and Snapdragon 625 processor guarantee strong performance on the Moto G5S Plus.
Will be disappointed with the phone’s battery life. At the same time, shots with bokeh effect taken from the rear camera are sometimes good and sometimes bad. Overall there are no complaints with the performance. Moto G5S Plus (review) has only one variant. This handset with 4 GB RAM and 64 GB storage is available for Rs 14,999.

Xiaomi’s smartphone is known for its great specification and hardware at a low price. However, the company’s software filled with unwanted apps has led to disappointment at times. But last year the company tried to change things by launching the Xiaomi Mi A1 Android One smartphone. This is a Xiaomi phone but the user gets stock Android.
Xiaomi Mi A1 ,review), is the strongest dual camera smartphone in this price range. This is due to the smooth software and capable Snapdragon 625 processor. The performance is also commendable. The only drawback is battery life. This smartphone was launched for Rs 14,999, but now it is available for Rs 13,999.

Infinix Zero 5 Pro is a strong smartphone in the Rs 20,000 price segment due to its vivid display, more RAM and bigger 4350 mAh battery.

Infinix Zero 5 Pro The selfie lovers get a flash with a 16-megapixel front camera. It’s a bit heavy and the rear camera setup disappoints. Coming with 6 GB RAM and 128 GB storage, Infinix Zero 5 Pro is available for Rs 19,999.

If you also want to be a part of Apple family then iPhone SE (Review) is a good option. The 4-inch display isn’t perfect for today’s needs and the front camera is also average. If you can ignore these shortcomings then this smartphone is a good option in today’s date.

If seen, it is the iPhone 6s, which has been threaded into the body of the iPhone 5S. iPhone SE The build quality is superb. You will get a crisp and vivid 4-inch Retina display, great performance, an efficient fingerprint sensor and a capable 12-megapixel rear camera. Despite being two years old, this phone does not seem weak from anywhere.

samsung galaxy on max ,review), face recognition and Samsung Pay in the mid-range segment. Cameras are good. The software is equipped with many features. A crisp 5.7-inch full-HD display offers more robust specifications.
There are a few drawbacks too, like the capacitive buttons aren’t backlit. Battery life is average. Samsung’s software is not as smooth as stock Android. However, at a price of Rs 14,000, it is a win-win.

Some more phone…
moto x4 Slightly expensive. This phone sells for Rs 20,999. It comes with an IP68 rating, which means it is dust and water resistant. You get a dual camera setup enabled with stock Android.