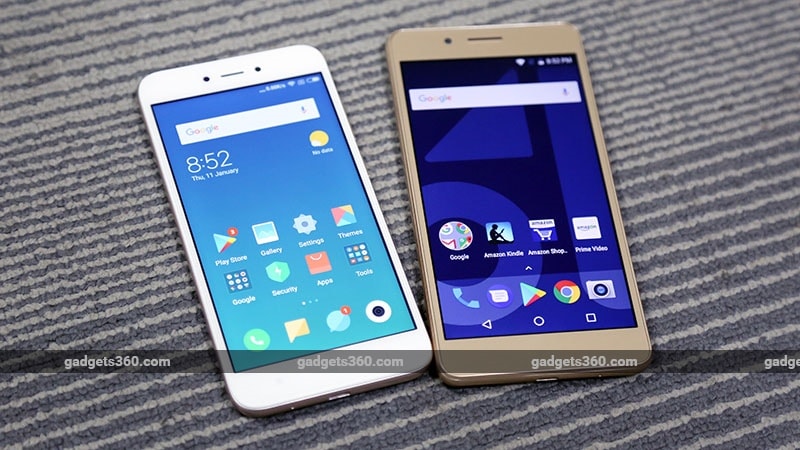 It was only a few years back when buying a good phone for Rs 7,000 was no more difficult task. However, as capable Android smartphones became cheaper, the market situation changed. The smartphones listed in this article can’t challenge flagship handsets by any means, but they are perfectly capable of handling web browsing, social media apps and the occasional photography. There are many such mobile phones in the market under Rs 7,000 that can be considered. But we have included only those phones in this list which have been reviewed by Gadgets 360.

Here are the best three smartphones of our choice…

This cheapest phone from Xiaomi is the best option for those who step into the smartphone world from feature phones. Camera quality is pretty average, but the phone makes up for this shortcoming with its great performance, strong battery life, and above-average build quality. For these reasons, we have made this phone a part of the list of best phones under Rs 7,000.
Redmi 5A ,review) are available in the market – 2 GB RAM and 16 GB storage variants are priced at Rs 5,999. At the same time, the variant with 3 GB RAM and 32 GB storage will be available for Rs 6,999. In both the variants, users can use microSD card. This phone can be purchased from Amazon India and Mi.com.

tenor d (review) is a value for money handset in every respect. If you are looking for an alternative to Xiaomi Redmi 5A under Rs. 7,000, then you can rely on this phone. While the rest of the phones on this list come with a customized skin, this smartphone has a stock build of Android 7.1.1 Nougat. Its battery life is also very strong. The fingerprint sensor is fast and accurate. However, the cameras disappoint and the build quality cannot be praised either.

10.or D Qualcomm Snapdragon 425 processor has been used in it. The clock speed is 1.4 GHz. There are two variants of this phone – the variant with 2 GB RAM and 16 GB storage is available for Rs 4,999. The price of 3 GB RAM and 32 GB storage variant is Rs 5,999. Storage in both variants can be increased via microSD card.

InFocus Vision 3 is a great option for those looking to buy a smartphone equipped with 18: 9 display at a low price. The build quality of the smartphone is commendable. It has a 5.7-inch Vibrant HD+ display and has good battery life as well. On the other hand, the cameras disappoint and the phone gets hot while multitasking.

InFocus Vision 3 It is powered by a quad-core MediaTek MT6737H chipset with 2GB of RAM and 16GB of storage. Storage can be increased via microSD card. The smartphone runs on Smile UX custom skin based on Android 7.0 Nougat. It is available on Amazon India for Rs.6,999.