Before buying a smartphone, know everything about the display … 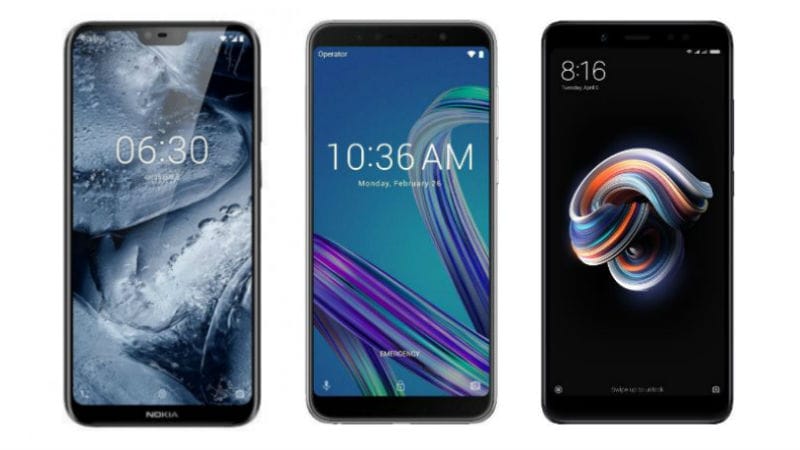 The technology of display has also changed amidst the changes happening every day in the smartphone world. It was only after the introduction of touchscreen phones that the screen/display quality of mobile phones started getting attention. The display is expected to offer crisp text, vibrant images, blur-free videos and adequate brightness for the lowest price.

TFT LCD
Thin film transistor technology was commonly used in LCD mobile phones. TFT LCD delivers decent image quality, high resolution. Their viewing angles are not that good. Also, they are not clearly visible in direct sunlight. Also, larger TFT displays consume more power and are not battery-friendly. But these are cheaper options, due to which companies prefer to give them in budget phones. These are widely used in feature phones and low cost smartphones.

IPS-LCD
IPS stands for In-Place Switching. Common IPS LCDs are considered much better than TFT. If you look at this display from any angle, everything will be clearly visible. That is, the viewing angles are better in them. Another advantage is that the IPS-LCD display consumes less battery. Due to their presence in the mobile, the battery life increases. Obviously these displays are more expensive than TFT LCDs. Apart from this, the colors look more accurate in them. At the same time, the colors are not as punchy as compared to the AMOLED screen. This is the reason why companies usually give priority to them only in expensive smartphones.

OLED (Organic Light Emitting Diode)
OLED stands for Organic Light Emitting Diode. This is a new technology which is being used nowadays in mobiles and monitors. In this, a carbon based organic material is technically filled between two conducting sheets (cathode and anode). Then it is closed from both the sides. When an electric pulse is applied on these two sheets, light is produced from the filled conductor in the middle. The brightness and contrast of the display depend on the electric pulse. Compare OLED to LCD, they are much better than them. Then whether it is about any aspect like color, response or brightness.

AMOLED
AMOLED stands for Active Matrix Organic Light Emitting Diode. This is also a type of OLED display, whose trend has caught on fast. It is also given in expensive phones. Like OLED, this too is a high quality display with attractive features like better color harmony, light weight, battery friendly. The most important feature of this display is that its blacks are deep. In spoken language, black color appears to be completely black. Apart from this, the colors are quite punchy.

Super AMOLED
Recently Samsung A6, J6 Like this display is used in smartphones. Actually there is an advanced version of Amoled, which Samsung has prepared in the name of ‘Super Amoled’. Actually, this is the version of OLED display made by Samsung. By the way, some experts believe that Super AMOLED has more punchy colors than AMOLED.

The display in any smartphone is the touchscreen. And there are two types of touchscreen.

Capacitive Touchscreen
Capacitive touchscreen technology consists of a layer of glass coated with a transparent conductor. As soon as the capacitive touchscreen receives human touch, pressure is created. It is a kind of electrostatic field and by this a change in capacitance is identified. Then it is identified by the processor chip of a mobile. In the next process, it is passed on to the mobile software, so that the touch done will start working after being identified.

Resistive Touchscreen
Resistive touchscreen consists of 2 layers, between which is a conductive material. It works like resistance. When a finger is touched on this display, the material between them is the top and the bottom, being between the two, a circuit is made as soon as it is touched. This touch is recognized by the processor chip of the mobile itself. After passing from there, it is recognized by the operating system of the mobile. Resistive touchscreens are less responsive than capacitive touchscreens. This sometimes requires something like a stylus or pen. This technology is no longer commonly used in smartphones. You can now find this screen in an ATM machine.