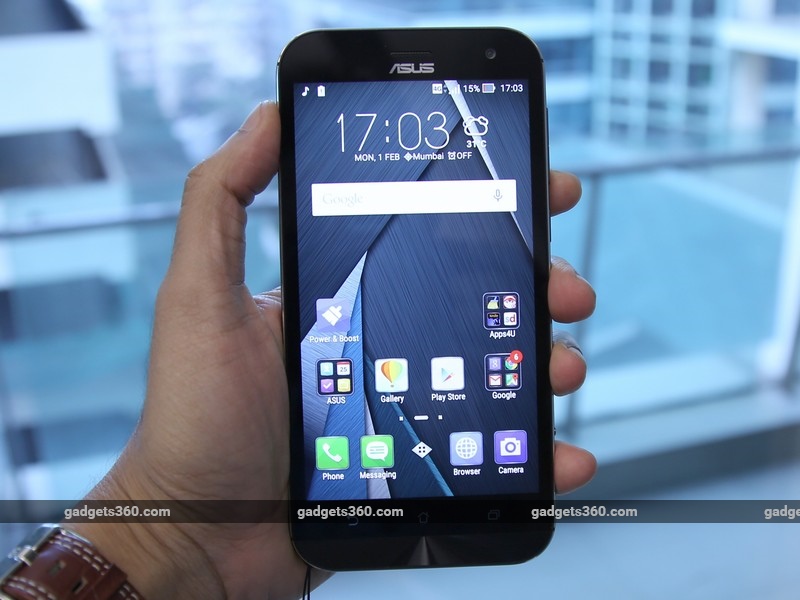 Once again an attempt has been made to present the old technology in a new way. Several years ago, Nokia launched the N90 smartphone with an optical zoom smartphone camera. But due to this the weight of the phone increased and due to being heavy, these smartphones were not liked.

About two years ago, Samsung also launched the Galaxy ‘K Zoom’ for the last time with the same technology. 10x optical zoom was the most notable feature of this phone but in appearance it was more of a digital camera than a smartphone.

Asus has been experimenting frequently with its hybrid devices and now the new name in this episode is Zenfone Zoom. Optical zoom has been given in this smartphone and it is a matter of relief that it has not been compromised to a large extent to remain a smartphone. Will Zenfone Zoom be able to give a new lease of life to this ‘new’ smartphone segment? Is the Asus Zenfone Worth Buying? Today we will review this Asus smartphone.

look and design
asus zenfone zoom Has been introduced at the cost of a premium smartphone and its look also feels the same. The unibody aluminum frame of the phone looks good and also gives good grip to the phone. Apart from this, its rounded edges also make it convenient to hold. Overall the look of the phone is good.

The 5.5-inch Full HD IPS display is surrounded by quite thick bezels. The capacitive navigation button is not backlit and the notification LED is given.

A standard Micro-USB 2.0 port has been given at the bottom of the phone. On the right side there’s a two-step camera button and a separate button for video recording. Slightly pressing of any one will open the camera app. Volume and power buttons are given on the top which is easy to use.

Made of genuine leather, the rear cover is removable, although it can easily be mistaken for faux leather. In place of the camera, there is a big disc where Asus has beautifully fixed the zoom lens. Which means it is not a protruding lens like Samsung and other phones. That’s why the Zenfone Zoom is very light and can take some good pictures with it.

This Asus phone comes with support for single micro-SIM and expandable storage (via microSD card). The battery of the phone is non-removable. The Zenfone Zoom comes with a lanyard, data cable, charger and in-ear headset. According to the price of the phone, the quality of the accessories that come with the Zenfone Zoom is quite good.

Overall, the phone stands out from other phones because of the camera placement on the rear. But apart from that it is similar to other Zenfone smartphones. The build and look of the phone is quite good and Asus should be commended for making a smartphone of just 11.9mm thickness with optical zoom lens.

Specifications and software
Asus is probably the only smartphone maker that is continuously offering Intel processors in its smartphones. The Zenfone Zoom is powered by a quad-core Intel Atom Z3590 processor. The phone has 4 GB LPDDR3 RAM and 128 GB internal storage. The inbuilt storage given in the phone is quite good and if you want more storage then it can be increased by 128 GB. For connectivity, the phone has features like Wi-Fi b / g / n / ac, Bluetooth 4.0, NFC, USB OTG, FM radio, GPS and GLONASS.

The phone comes with a slightly older Android Lollipop, while Marshmallow has started coming now. ZenUI 2.0 skin has been given on top of Android 5.0 and like the previous phones of Asus, you will get many Asus apps pre-installed in this phone too.

There is a Splendid app for adjusting the color temperature and toggling the blue light filter, and the AudioWizard app for sound profiles for movies, music, games and voice calls. Apps like auto-start manager to control apps during boot, mobile manager to get rid of junk files, power saver to save battery according to your usage, ‘do it later’ as task manager. Apart from this, some third-party apps also come pre-installed in this phone, which can also be removed according to your need.

Some default Android apps like the Gallery app will always show you photos and videos from the cloud service. Asus apps like PhotoCollage and MiniMovie come with Gallery to share and customize photos and videos. Apart from this, you can also customize the interface through themes, animations and icon packs.

performance
Talking about the performance, the Zenfone Zoom is like any other smartphone with premium features. Apps run smoothly in the phone and heavy games can also be played easily. However, while playing games, the phone gets a bit hot and this also drains the phone’s battery quickly. 4G works well on the Band 40 and we didn’t find any issues in using it. Along with a software update, we got to see a new feature called Quick Find which can be seen by swiping down on the home screen. It is a universal search tool that not only allows you to access your phone’s files but also easily search the web and apps.

The benchmark figures of the Zenfone Zoom were also excellent. However, it lags far behind today’s top hardware phones.

Although 4K video cannot be recorded from the phone, but 4K video can be played. Default video player is fine but music player is much better. You can organize songs into folders, change the theme of the player and set the audio through the Asus Audio Wizard. Good quality audio is available from the headset that comes with the phone.

camera
Now we have come to the most important feature of the phone i.e. the camera of the phone. The phone has a 13-megapixel camera and comes with a 10-element Hoya lens. The lens is arranged in such a way that you can enjoy 3x optical zoom without taking the lens out. The camera has features like laser autofocus and optical image stabilization to take great pictures.

In daylight, the screen of the phone shows landscape and macro pictures with detail. Colors are good, however, during auto-optimization, the colors become over-saturated. The lens can take blur-free shots even with 3X zoom. A slight lack of sharpness can be seen in the object at the maximum optical zoom, but this is visible only when the image is zoomed.

Photos taken in indoor artificial light also come without noise. But photos in low light come with less detail. The focus speed of the camera is also very good, but while zooming the picture in the viewfinder, it takes some time to reach the zoom level. In good light, the 5 megapixel camera can take great selfies.

Asus’s camera app is well designed. Some shooting modes and manual modes are placed just above the software shutter button. The physical button also works quite well. Good quality video recording can also be done up to 1080 pixels. The camera also has the option of slow-motion video. However, 4K video recording cannot be done. The dual LED flash also works well but only for a short distance.

battery life
The 3000 mAh battery provided in the phone lasted us for 6 hours and 58 minutes in our video loop test, which is below average. Shooting a lot during normal use and on 4G, we were able to run the Zenfone Zoom for 18-20 hours without charging. The good thing is that the phone supports fast charging and within half an hour the battery gets charged up to 40 percent.

our decision
The Asus Zenfone Zoom is a premium all-rounder and the only phone available in the market with optical zoom. With a price tag of Rs 37,999, it competes with the Samsung Galaxy S6 range and the Nexus 6P. Both these smartphones have cameras equipped with great features. Talking about the new discovery, Zenfone Zoom is really better than others but if we talk about image quality, then it lags behind both these smartphones. Apart from this, the low-resolution display, outdated Android version, weak battery life and lack of 4K recording are also the drawbacks of the Zenfone Zoom.

The high price of the phone can also hinder its sales, but if the company reduces the price then it is not a bad thing to buy a new phone. Asus has done a good job with the design and build of the phone. Due to optical zoom, a lot of compromises have to be made in the phone and this is the reason why such phones never became popular.

This camera is definitely a good idea but we think a camera with a bigger sensor and better image quality is better in its place. Whose Zenfone Zoom is not the flagship smartphone of Asus. It seems that before the arrival of the next generation phone of the company, the company has tried to give something new to the customers.