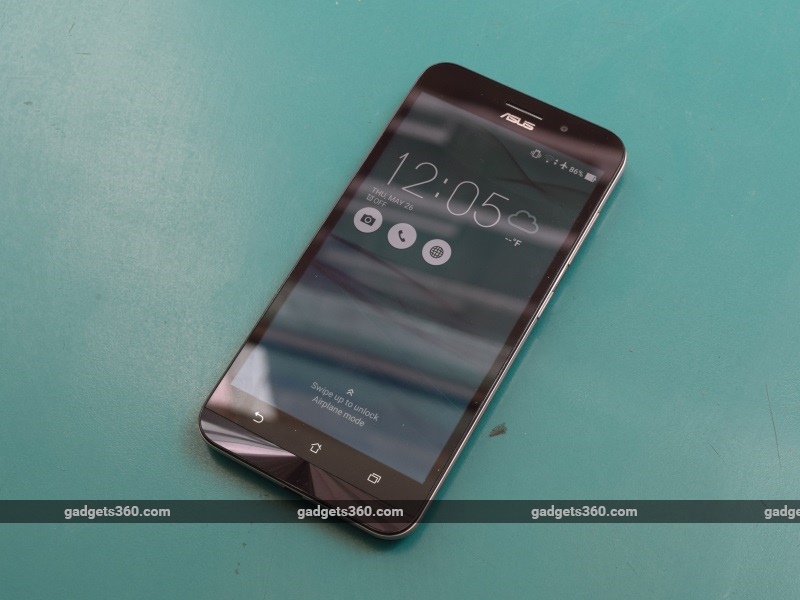 Asus most popular smartphone asus zenfone max ,review) is counted. Launched in January this year, this smartphone, like many other smartphones, gives freedom from battery problems. Although most of the other specifications of the phone were fine, but in terms of battery, this smartphone proved to be much better than expected.

Now the company has launched a new variant of this phone at a price of Rs 9,999. Asus Zenfone Max (2016) has been launched. Like the biggest feature (battery life) of its previous smartphone, this phone is also expected to have great battery life. Apart from this, other specifications have also been upgraded in the phone. Asus has also launched this new smartphone at the original price of the original Zenfone Max. So now it will be interesting to see if Asus’ Zenfone series benefits from the new Zenfone Max. Today we will review the new Zenfone Max (2016) and know all the pros and cons of this phone.

look and design
From the look, body, design and build to dimensions and weight of the Zenfone Max (2016), the Zenfone Max (2016) is similar to the previous Zenfone Max. This includes a detachable rear cover, gold trim along the edges and Asus’s trademark chin. The 2016 variant will also be available in two new color variants Blue and Orange. If you go for the Black or White color variant, then you might not be able to differentiate between the new and the old Zenfone Max.

Talking about the design and layout, the Zenfone Max (2016) has all the basic features. Power and volume buttons are on the right. There is a micro-USB port at the bottom and a 3.5mm audio socket at the top. The rear panel is removable, which when removed reveals two SIM slots and an expandable storage slot. The battery is non-removable. Asus hasn’t changed its familiar design even in this 2016 phone.

The 5.5 inch IPA screen of 720×1280 pixels resolution given in the phone could have been improved further. Despite the Rs. 9,999 price tag (Rs. 12,999 for the 3GB RAM variant), Asus hasn’t given a decent high-resolution screen in this phone. like other phones coolpad note 3 plus ,reviewThis is disappointing when compared with a full-HD display and 3GB of RAM at a low price. Additionally, the Zenfone Max (2016) lacks a fingerprint sensor. Given the tough competition in the market, its absence is also disappointing.

Specifications and software
A big difference can be seen in terms of specifications between the two generation phones of Asus Zenfone Max. The new Asus Zenfone Max (2016) is powered by the more powerful Qualcomm Snapdragon 615 processor. Although there are more new processors available now but the Snapdragon 615 is definitely an upgraded and better one as compared to the Snapdragon 410 given in the old Zenfone Max. Apart from this, the second biggest difference is the increase of inbuilt storage from 16 GB to 32 GB. The new Zenfone Max (2016) has 2 GB RAM in one variant but you can buy 3 GB RAM variants for Rs 12,999. It is worth noting that by paying a higher price of Rs 3000, you only get 1 GB more RAM because apart from this there is no other difference between the two variants.

The new phone also has a 5000 mAh battery like the old Zenfone Max. However, the power adapter is better than ever and is 5.2 watts. But this is very less to charge a 5000 mAh battery. It takes 5 hours to fully charge the phone with this charger. If you buy the Zenfone Max (2016), you will definitely want to buy a better charger.

Android Marshmallow has been given in the 2016 variant. Asus released a list saying that the old Zenfone Max will get the Android Marshmallow update. All the main features of Android M are present in this phone including ‘Do Not Disturb Mode’, ‘Dose Mode’, ‘Now on Tap’ and new design of App Permissions.

However, the user interface is still the same Asus ZenUI. About 50 apps need to be updated immediately on booting up for the first time. Apart from this, the app and service keeps on giving notifications for certain things like setting up an account, activating battery saver mode. However, in spite of some difficulties, this interface also has some advantages of its own.

camera
The old Zenfone Max featured the same laser autofocus system as the Asus Zenfone Laser. The price of the company was to give excellent camera performance at the time of its launch. Now the 2016 variant has also been launched with the same camera. Zenfone Max (2016) has 13MP rear camera and 5MP front camera. Dual-tone LED flash and laser autofocus have been given on the rear itself. Both cameras can record video in 1080p-30 frame/s resolution.

The camera app in the new ZenFone has improved a bit. The Settings menu has improved over the years, but most of the apps remain the same. The phone has a lot of photography modes and due to the laser system, the focus is very fast and accurate.

The camera performance in this phone with the camera and focus system given in both the previous Asus phones is the same as before. Indoor and close-up shots come out great. Outdoor shots are a bit washed out but can be called better. Videos and pictures with the front camera come out great, especially when recording at 1080 pixels-30 frames/s.

performance
The biggest difference between the old Asus Zenfone Max and the 2016 variants is the performance of the phone. While the old device runs on the budget Snapdragon 410 processor, the new device has a more powerful upgraded Snapdragon 615 processor. The Snapdragon 615 processor has proved to be a better performer in mid-range smartphones last year and earlier this year. However, at present, better and more powerful options are being given in this price phone and many users may not like an old processor.

The phone gives good call quality. Apart from this, the phone works great on Wi-Fi and mobile networks even with 4G connectivity. The single speaker given in the phone is a bit weak but the sound quality received while using headphones is fine.

our decision
The Asus Zenfone Max (2016) is certainly the company’s attempt to garner more customers than its best-selling product. The performance of the new phone is better than before, while the battery life and camera work as well as before. Though the battery life is slightly less than the original phone, it is still enough to attract the customers.

However, Asus has not improved many other important features. Fingerprint sensor is not given in the phone, with this feature this phone could give a tough competition to many other phones coming in this price. 3 GB RAM could have been given for the price of Rs 9,999, but by paying Rs 3,000 more, there is no difference other than 1 GB RAM, disappointing. ZenUI is worse than better. It could have been further improved by giving a full-HD display in the phone.