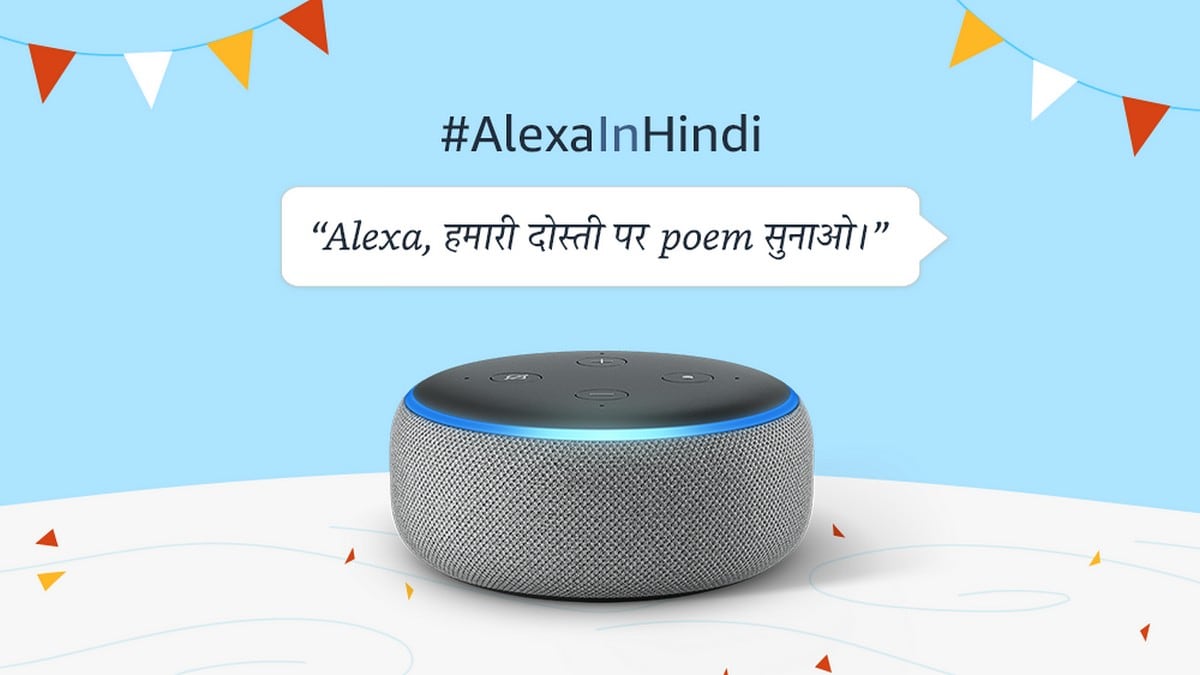 Amazon voice assistant Alexa will now be available in Hindi for smartphone users in India. Alexa will support Hindi language on Android and iOS. This feature has been introduced to mark the first anniversary of Alexa’s Hindi support in India. Hindi language support was introduced on Alexa in India a year ago today. Alexa has added more than 60 new features in Hindi within a year. Apart from this, its speech recognition and language understanding etc. have been improved.

Puneesh Sharma, Country Leader, Alexa, said in a statement, “India’s unique cultural and linguistic diversity has always driven us to make Alexa more local and accessible to users in the country. Made accessible to Hindi speakers.”

Puneesh also told that he has also made many improvements in Natural Language Understanding. Giving examples, he explained that in the early days Alexey did not understand words like ‘two and a half’ and ‘tham ja’, but now after this correction he will understand it too. Puneesh says that his team is working towards making conversation in Hindi more accessible and easy.

In the press release, Amazon informed that since the launch of Hindi support last year, the company has introduced 60 new features in it. 20 new Hindi stories have been added to the voice assistant database along with 6 new Alexa Origin songs and poems. Indian users can now command Alexa such as, “Alexa humming something…”, “Alexa listen to cloud rap…”, “Alexa recite cricket story…”, “Alexa tell friendship story”.

According to Amazon, Alexa has improved 40 percent automatic speed recognition (ASR) and 30 percent natural language understanding (NLU) over the past year. Apart from this, more than 1,000 Hindi skills have been added to it.

It is worth noting that Hindi support was first introduced in Amazon Echo device in September last year. Present Was it done? At the same time, Hindi language support has now been introduced in the Alexa app in Android and iOS devices. To change the language in the app, you have to first go to Settings then Alexa on this phone and then click on Language. Here you can select Hindi language from the available languages.