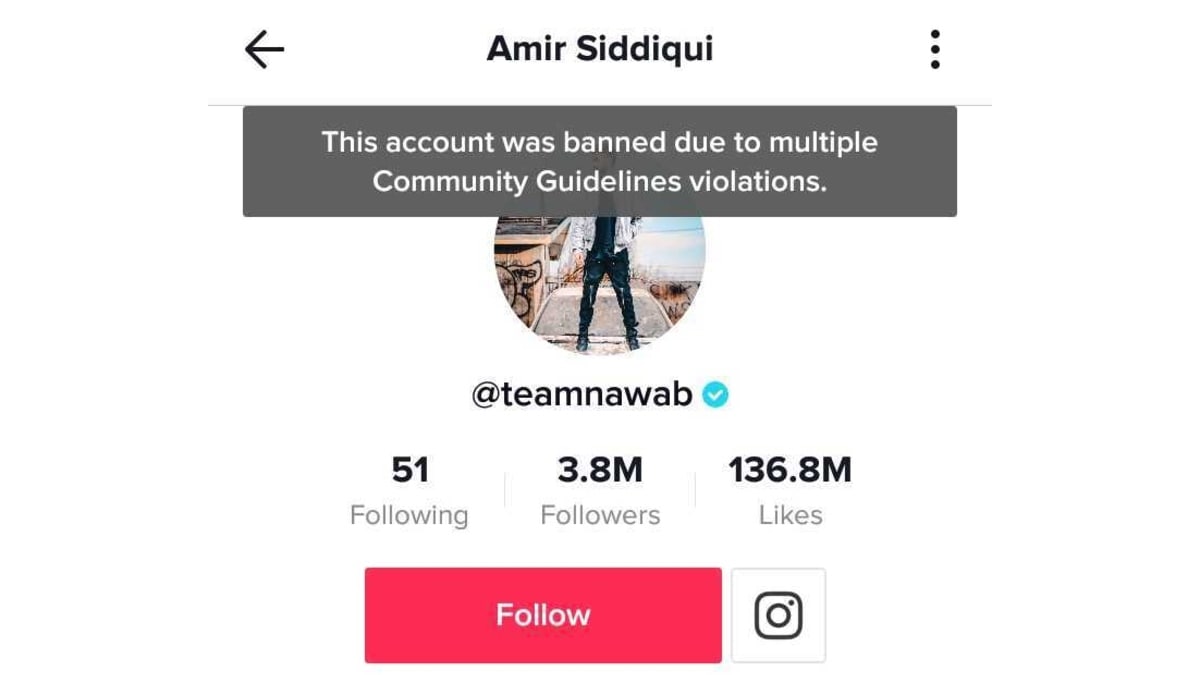 Actually, Aamir Siddiqui Casting director Noor Siddiqui is believed to be the reason behind the suspension of her account. According to the news, Noor Siddiqui had filed a case against Aamir Siddiqui accusing him of sending threatening messages. Not only this, he had also complained about this to Tiktok India, only after which Tiktok has suspended his account. However, if you look at Aamir Siddiqui’s account on TikTok, you will see this pop-up. “This account was banned due to multipe community guidelines violations”. That is, this account has been banned due to violation of community related guidelines.

Aamir Siddiqui is a famous creator of TikTok, who has 3.9 million followers. However, for some time, Aamir’s name surfaced due to the TikTok Vs YouTube controversy. Actually, Aamir had said in a video that the video content of Tiktok is better than YouTube. After this video of Aamir, famous YouTuber CarryMinati made a roast video for Aamir and all Tiktokers, which went viral. Since the video went viral, the issue has been divided into two parts. Some people are supporting Tiktok, while some people are seen supporting Carry Minati. However, in this case more number of supporters of CarryMinati, who are continuously demanding Tiktokers and Tiktok ban through social media. The dispute between these two groups has had a direct impact on the TikTok app, whose Google Play Store rating has come down from 4 to 1. People are continuously giving 1 rating to this app. Seeing the matter increasing, now Tiktok is banning controversial creators from the app without delay. The latest example of which is Amir Siddiqui.

Faizal Siddiqui made a TikTok video, in which he is seen throwing water at a girl, in the video, the girl is seen in a different make-up as soon as she throws water, which is indicating marks since the acid attack. . Only after that people made this video viral on social media and started demanding ban of Tiktok app for promoting serious crime like acid attack. Seeing the matter growing, Tiktok banned Faizal Siddiqui’s account. Let us tell you, Faizal Siddiqui is the brother of Aamir Siddiqui.