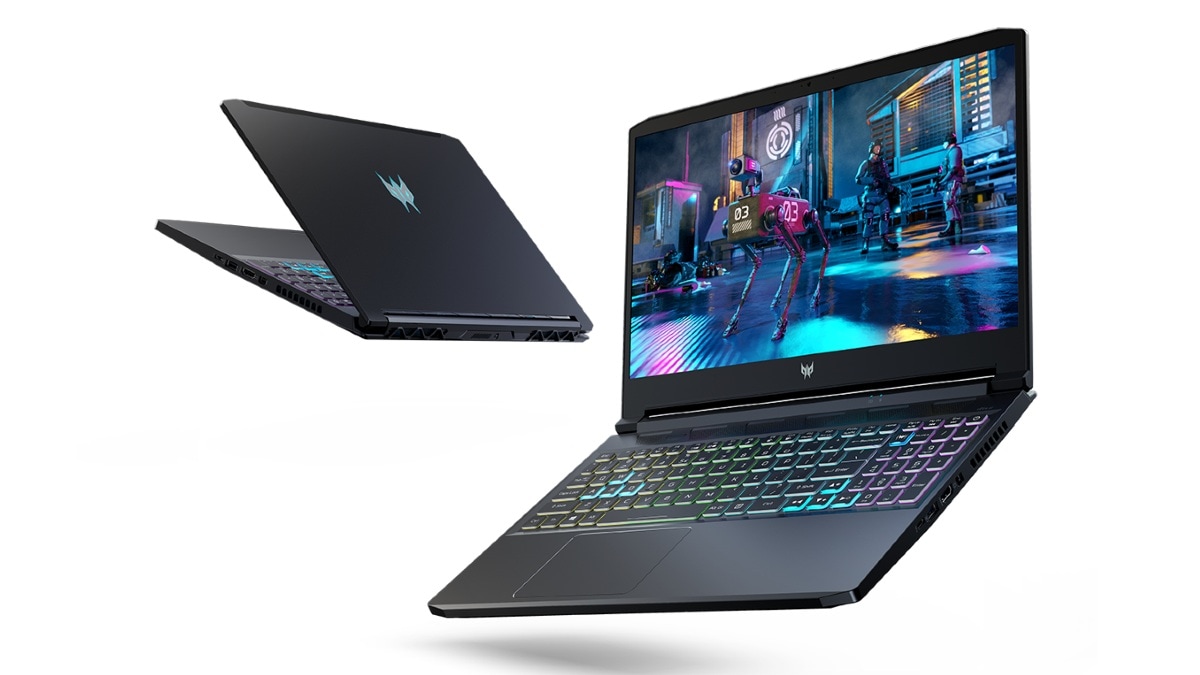 Acer on Tuesday took the wraps off its new Predator Triton 300, Predator Helios 300, and Nitro 5 gaming laptops. These gaming laptops are powered by the newly launched 11th-generation Intel Core H-series processors and Nvidia GeForce RTX 30-series GPUs. Due to which computing has been made very fast in them. These new laptops will also continue to be updated, including display improvements. These include the latest Wi-Fi 6E and Thunderbolt 4 connectivity as well as 3D fans and a thermal management system. It is quite interesting that the company had upgraded its laptop lineup just four months back and is now going to launch new laptops again.

The Acer Predator Triton 300 (PT315-53) has a metal chassis. It has the option of 165Hz QHD and 360Hz full HD display. Both have a screen size of 15.6 inches. It comes with a thickness of 19.9 mm. It has the company’s 5th generation AeroBlade 3D fan so that it gives 55 percent more airflow than the regular plastic fan. To enhance the performance for gamers, it has been given a 4-zone RGB keyboard. Also colored WASD and arrow keycaps are also provided. It has DTS X:Ultra Audio that delivers 360-degree surround sound through headphones and speakers.

Acer has put 11th-generation Intel Core H-series processors inside them with a maximum clock speed of 4.6GHz. There are also NVIDIA GeForce RTX 3080 series laptop GPUs. It has up to 32 GB of DDR4 RAM. The machine also has Intel Killer E2600G Ethernet, Intel Killer Wi-Fi 6 AX1650i, and Control Center 2.0 for low latency. There’s also a range of I/O options that include HDMI 2.1, a pair of USB 3.2 Gen 1 ports, a USB 3.2 Gen 2 port, Mini DisplayPort 1.4, and a USB Type-C (Thunderbolt 4) port.

The Acer Predator Helios 300 comes in 15.6 and 17-inch sizes. It has 360Hz FullHD and 165Hz QHD display options. It is powered by an 11th-generation Intel Core H-series processor, along with Nvidia GeForce RTX 3070 GPU and 32GB of DDR4 RAM. Acer’s 5th-generation AeroBlade 3D fan has been given in the device. On the other hand, the 17-inch model comes with Vortex Flow Design that creates aerodynamic flow to keep the CPU and GPU as well as the chassis temperature down.

Like the Predator Triton 300, the Acer Predator Helios 300 also has a gaming keyboard. It has four RGB zones and WASD keys have a C-throw concave shape cap. It also has Intel Killer E2600 Ethernet Controller, Intel Killer Wi-Fi 6 AX1650i, and Control Center 2.0 and DTS:X Ultra. The machine also has Thunderbolt 4 USB-C ports along with USB 3.2 ports, support for DisplayPort functionality, and Power Delivery. It also has an HDMI 2.1 port. The laptop has 2TB of HDD storage.

The company has given its Coolboost technology in this which has dual fans. The company claims that it gives up to 10 percent more fan speed and up to 9 percent more CPU/GPU cooling than the auto mode. NitroSense keys have been given in this laptop, which gives the user the option to measure the performance of the system and select the cooling mode.
The Acer Nitro 5 gets a four-zone keyboard and RGB lights that travel 1.6mm. For connectivity, it has RJ45, HDMI 2.1, USB 3.2 Gen 2, and two USB 3.2 Gen 1 ports as well as a USB Type-C (Thunderbolt 4) port.