Aarogya Setu App has been downloaded by 100 million users 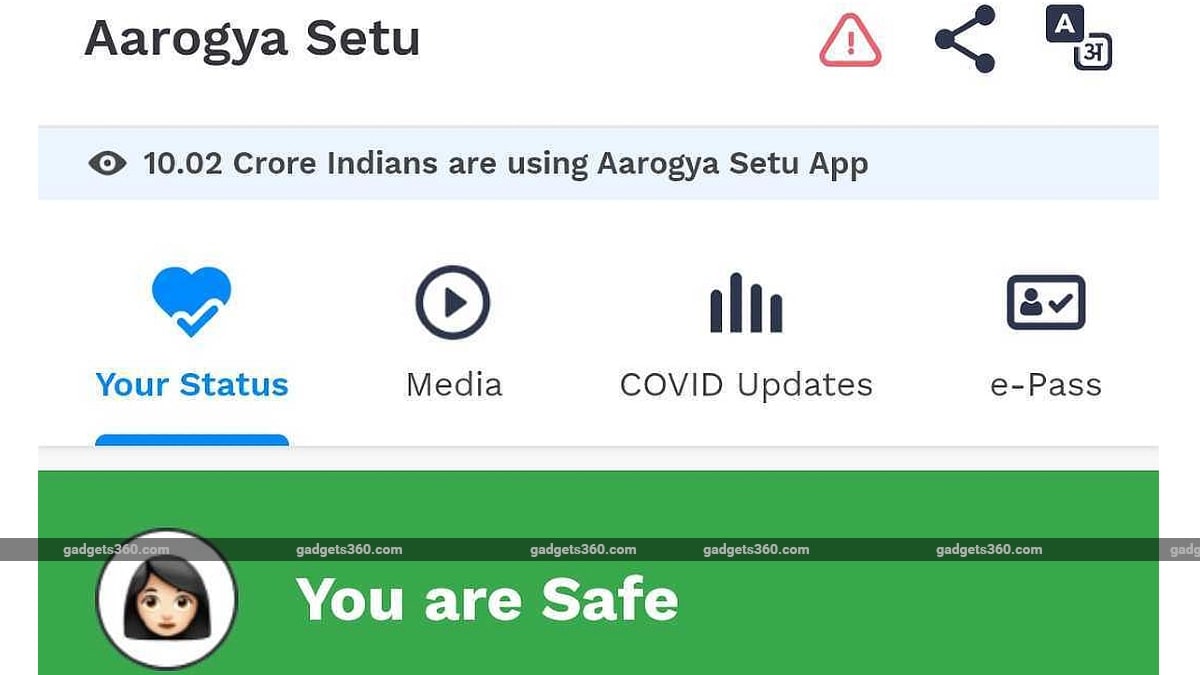 Aarogya Setu app has crossed 100 million registered users in just 41 days of its launch. This app was launched on 2nd April. This app launched by the government was created to monitor corona virus infected people and alert healthy people from them, although questions have also been raised on this app due to security reasons. Significantly, this app made headlines among the people when it was said that with the help of this app, the dangerous corona virus epidemic will be prevented from spreading. This app was made mandatory in many places. This app was prepared in collaboration with NITI Aayog and some team.

NITI Aayog CEO Amitabh Kant announced through a tweet on Wednesday that the Aarogya Setu app has crossed the 100 million registered users mark. Its in-app banner has also crossed 100 million people, announcing that 10.02 crore Indians are using the Aarogya Setu app. Let us tell you, within three days of its launch last month, 50 lakh people have downloaded this app on their smartphones. install And in the last week itself, this figure had crossed 9.8 crores.

Apart from the success of registered users, the Aarogya Setu app has also made it to the top three apps in Apple’s App Store and Google’s Play Store in India. Not only for smartphones, but the team at Aarogya Setu App has expanded this app to make it available for Jio Phone and landline and feature phone users as well. Recently a toll-free service has been started under Aarogya Setu Interactive Voice Response System (IVRS), in which ‘1921’ toll free number has been issued for feature phone and landline citizens. After making a missed call on this number, they will get a call back, in this call your health related inputs will be taken.

Mandatory use — the key behind its success?

Apart from this, the government has made it mandatory for all government and private employees to install this app on their smartphones. As per the recent guidelines issued by the Ministry of Home Affairs, it will be the responsibility of the head of the organization to ensure that this app is installed on the smartphones of all the employees.

Similarly, the Arogya Setu app has also been made mandatory for the passengers traveling in the train during the lockdown, whoever is traveling must have this app in their phone. Along with this, food delivery workers and people delivering other goods will also have to download it in their phones. It is because of all these imperatives that Arogya Setu App has emerged as such a successful app in such a short span of time.

However, since its launch, some groups called this app a threat to the privacy of users and criticized it. Not only this, a security researcher from France, Robert Baptiste, claimed that the Aarogya Setu app contains a “security loophole” i.e. a problem that has put the privacy of crores of Indians at stake. However, later the Union IT Minister refuted all these claims, calling Aarogya Setu a “very strong app in terms of privacy protection and data protection”.