9 big movies to be released on Amazon Prime Video, Varun Dhawan’s coolie number one is also in the list 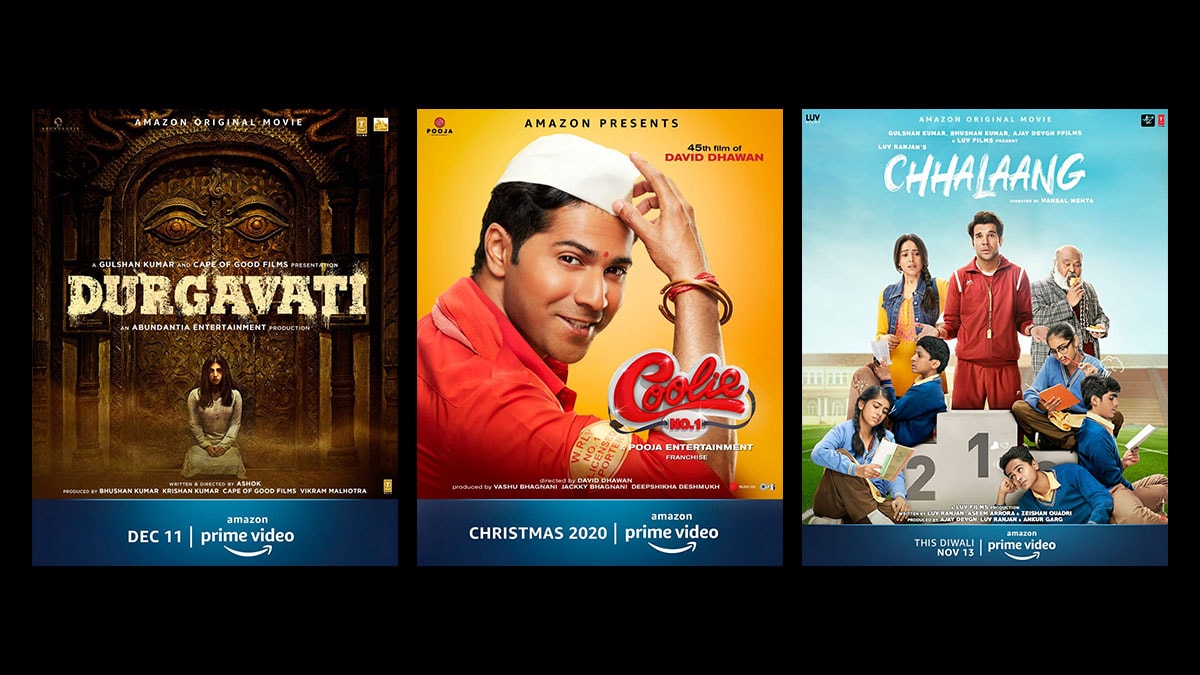 The dose of entertainment on Amazon Prime Video is going to continue. Yes, not one… not two… but 9 Indian films are going to be released on the Amazon Prime platform from October to December. The list of these films also includes many much-awaited films of Bollywood, such as Varun Dhawan and Sara Ali Khan starrer film ‘Kul Number One’. The film was waiting for a long time, now it has finally been announced that ‘Coolie No. 1’ will be released on Amazon Prime Video on the occasion of Christmas. Apart from this, Rajkumar Rao and Nusrat Bharucha starrer ‘Chhalaang’ and Bhumi Pednekar starrer horror film ‘Durgavati’ are also present in this list.

9 big Indian films will be premiered on the Amazon Prime Video platform from October to December, which were earlier to be released in theaters. Although theaters were closed due to the corona virus epidemic, due to which their release was also stopped. But now it has finally been announced that these films will be released through digital OTT platform instead of theaters. Talking about the list of films to be released, it includes Varun Dhawan and Sara Ali Khan starrer ‘Kul Number One’, Rajkumar Rao and Nushrat Bharucha starrer ‘Chalang’, Bhumi Pednekar starrer horror film ‘Durgavati’, R Madhavan’s Tamil romantic Dramas include ‘Mara’, Anand Deverakonda’s Telugu romantic drama film ‘Middle Class Melodies’, Kannada film ‘Bhima Sena Nalamharaja’ and Kannada horror-thriller film ‘Manne No. 13’.

Apart from this, it was already confirmed about two films that they will be released on Amazon Prime Video, which are Malayalam comedy ‘Halal Love Story’ and Suriya starrer Tamil action drama ‘Soorarai Pottru’.