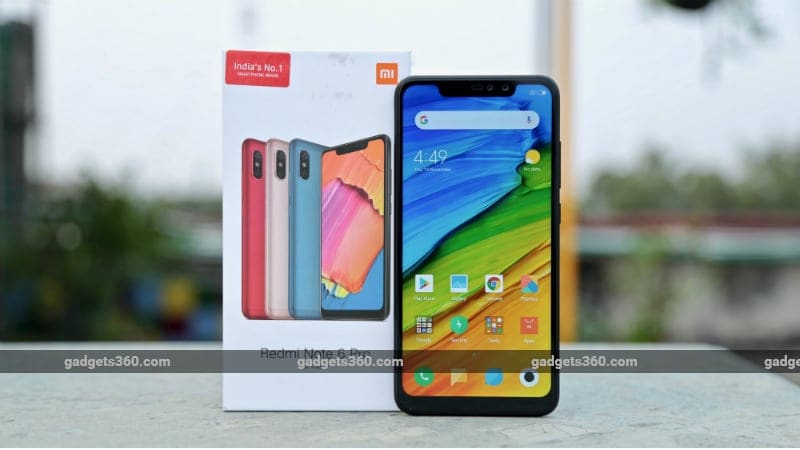 Xiaomi Redmi Note 6 Pro will be launched in India this week. The challenges for this smartphone are huge, especially as it is under pressure to replicate the success of the Xiaomi Redmi Note 5 Pro. If seen, Xiaomi Redmi Note 5 Pro has been dominated since its launch in the price segment up to Rs 15,000. This handset was strong in every department. Whether it is about the camera, or the processor, or the battery life. At the same time, Redmi Note 6 Pro, which will be launched on November 22, is also an upgrade, but only in terms of camera and display. It really cannot be considered an upgrade in terms of processor and battery.

new Redmi Note 6 Pro Key features of the smartphone include dual front camera setup, large screen, 19: 9 notch display and AI-based features. As we told you that the Snapdragon 636 processor has also been used in Xiaomi’s new handset. Its sale will start on November 23 at 12 noon on Flipkart and Mi.com. Should you buy the Redmi Note 6 Pro? Keep these five things in mind…

big and bright display
Xiaomi Redmi Note 6 Pro has a 6.26-inch full-HD + IPS LCD full screen display. Its resolution is 1080×2280 pixels and the maximum brightness is 500 nits. The aspect ratio of the display is 19: 9 and it comes with 86 percent screen to body ratio. The screen is protected by Corning Gorilla Glass. Talking about dimensions, the screen of Redmi Note 6 Pro is slightly larger than that of Redmi Note 5 Pro. remember that Redmi Note 5 Pro It has a 5.99-inch full-HD + display panel. The aspect ratio of this screen with 1080×2160 pixels resolution is 18: 9. It comes with 450 nits brightness.

p2i coating
Xiaomi Redmi Note 6 Pro comes with P2i coating. It is popular for its liquid repellant technology. This certification means that the Redmi 6 Pro will not be damaged by water splash. However, this smartphone does not have any IP rating. In such a situation, we would not suggest you to immerse it in water. Remember that Xiaomi did not give any information about any such certification in the Redmi Note 5 Pro.

four cameras
In terms of camera, Xiaomi has made a major upgrade in the Redmi Note 6 Pro. It has two rear cameras as well as two front cameras. If seen, dual selfie camera is not common in this price. The 20-megapixel and 2-megapixel sensors on the front panel will work in Jugalbandi. Like the old variant on the back side, Redmi Note 6 Pro has a primary sensor of 12 megapixels and a secondary sensor of 5 megapixels. It is equipped with dual pixel autofocus, 1.4 micron pixels and AI Portrait 2.0.

UI based on MIUI 10 and gestures
Xiaomi Redmi Note 6 Pro out of box runs on MIUI 10 based on Android 8.1 Oreo. The handset will come with new features like full screen gestures, new UI, natural sound system, AI pre-loading and portrait mode for the front camera. Like the old MIUI smartphone, this phone will also have many customization options.

Smartphone first look We found that the Redmi Note 6 Pro has a security app that includes RAM cleaner, security scanner, battery manager, data usage overview and many more. Apps like Amazon Shopping, Facebook, PhonePe, Netflix, NewsPoint, Dailyhunt, Opera News, Opera Mini, BHIM ABPB and ShareChat are pre-installed. At the moment, it is not clear how long this phone will get the Android 9.0 Pie update.